Sometime around 1963 … Boardingschool St. Louis in Oudenbosch, The Netherlands. Dinnertime. A few hundred young kids, very quiet, while one of the priests was saying the prayer, waiting for the start of their dinner. While the priest was praying I was looking at the salad and suddenly saw a long, fat earthworm coming out of the salad. Thank you Lord for giving us salad ánd meat … After the prayer I took a plate, put a leaf of salad on it and my new friend the worm. The plate was sent through the dining room passing all kids and the result was nobody did eat anything of the salad. I thought I was the Hero of the day. Until the priests found out it my initiative, one of them started to talk to me, then to scream and in the end he was beating me up …. 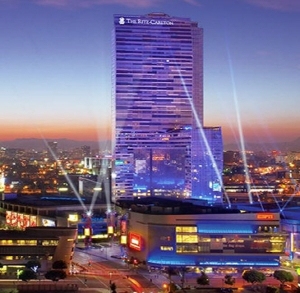 Many years later. Ritz Carlton Hotel in Los Angeles. It was the glory time of high end and Krell, one of the companies we represented, organized a huge and luxury dinner for their distributors, dealers and press. Of course the dinner started off with some speeches. With my boardingschool experience I knew what to do during these speeches. I looked at the salad. Dominique’s salad. Suddenly I saw something moving. No, it was NOT my friend the earthworm. It was -as the waiter told me later- a small “gold-bug” and no, it was not on the menu. The waiter brought her very fast a new plate with a new salad and with his personal excuse also a small spoom to “refresh her taste”…

One week later in The Netherlands. The morning paper writes about a story in America. An American lady went to court as she was offered in a hotel or restaurant a salad with a … gold-bug. Since that time she was emotionally shocked so much she could hardly eat any food anymore. She was suffering . Every damned day. The court agreed and I believe she received 1.2 Million US Dollar to overcome this problem.

The conclusion could be that even if you studied hard at school, and get spoiled to enjoy Ritz Carlton luxury during your work, you still have to GRAB and EXPLORE any silly opportunity you meet. 🙂 Otherwise you end up working in the high-end industry till the end of your days.